Examples : Hotels, Events, Activities
Home / Discover / In Charente-Maritime
-A +A

Discover Ile de Ré but not only ... The Charente-Maritime is full of fabulous treasures!

Charente-Maritime has a surface area of 6,864km2. It shares its borders with five French departments.

The Atlantic border of the island is a dream come true: 463 km of coastline, of which 230 km on the islands. Ile d’Oléron, Ile de Ré, Ile d’Aix opposite Fort Boyard and Ile Madame each contribute to its charm.

And the countryside is just as beautiful. There are vineyards perched on the hills, where Pineau Charentais and Cognac are made. Three rivers cross the region: the Charente, the Seudre and the Sèvre Niortaise with 17 Rochefort banks, contributing to the lush green charm and farming history. The Seudre estuary is the largest natural estuary in France. The biggest towns are La Rochelle, Rochefort, Saintes and Royan.

Charente-Maritime enjoys a mild climate in winter due to the high rate of sunshine caused by the influence of the ocean. It is the most visited department on the French Atlantic coast, and one of France’s most popular destinations.

The population was 633,417 residents at the latest census. Charente-Maritime is part of the Nouvelle-Aquitaine region.

Charente-Maritime preserves and promotes its heritage.

The famous Fort Boyard, off the coast of Ile d’Aix, was planned by Vauban in the 17th century to protect the large Rochefort arsenal, but was only completed during the 19th century. Mr. Vauban - engineer, urban planner and military architect for the King - left his mark. The fortifications he designed for the Charente-Maritime islands and coastline represent an important episode in France’s history. Was Vauban a genius?

Brouage, a fortified village in the heart of the marshes, 6 km from Marennes, was once a port for the salt trade.

The Corderie Royale de Rochefort is a listed historical monument. It is where the ropes for the royal fleet were made. This is also where, 20 years ago, the Association Hermione-La Fayette launched the incredible project to rebuild the Hermione frigate. It was aboard the Hermione that La Fayette travelled to join American rebels in 1780, where they were fighting for their independence. The new Hermione is splendid. How many kilometres of ropes and cords are there aboard?

Other interesting sites to visit Enchanting for all ages 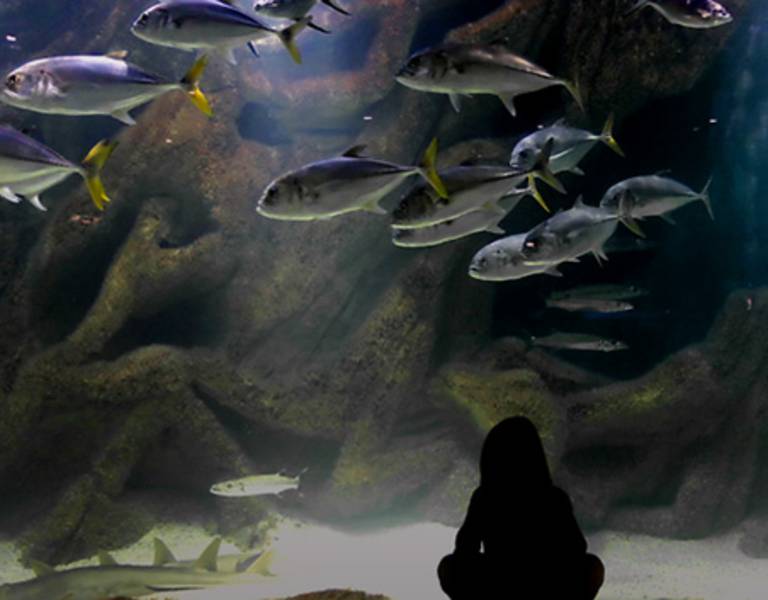 La Rochelle aquarium invites you on a journey to the heart of the ocean to discover over 12,000 sea animals and amazing biodiversity - the depths of the sea will no longer be a mystery to you. It is one of the biggest private aquariums in Europe: a living museum and very precious tool for observing marine flora and fauna. It is ideal for learning about the ocean, but also for understanding the notion of biodiversity. 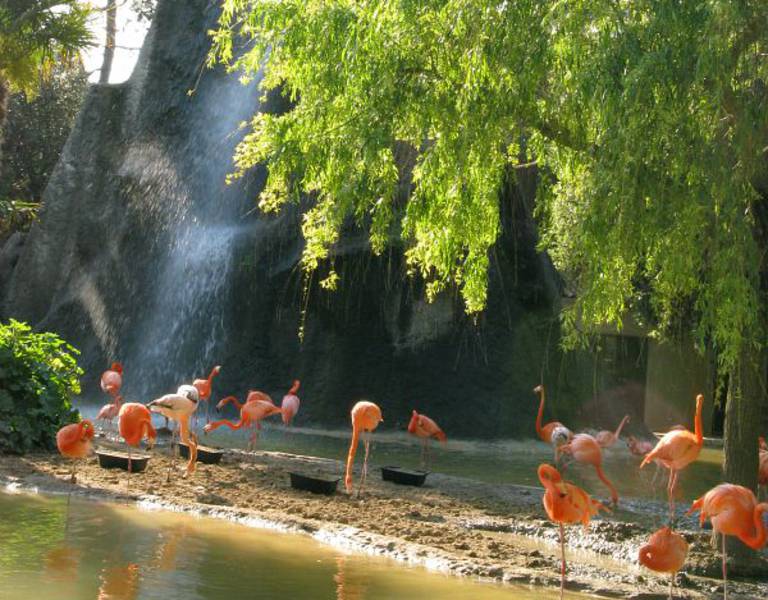 La Palmyre zoo is on the Arvert peninsula between Royan and Ile d’Oléron. Set in 18 hectares of pine forest, the park itself is in a landscaped garden. There are 1,600 animals from 115 species: primates, birds, carnivores, mammals and reptiles. Every year between 200 and 250 births are registered. La Palmyre zoo participates in numerous programmes for the protection of threatened species. It also plays an important role in the reintroduction of animals to the natural environment, and constantly strives to improve the quality of life for the animals. Established in 1966, it is one of the most visited attractions in Charente-Maritime. 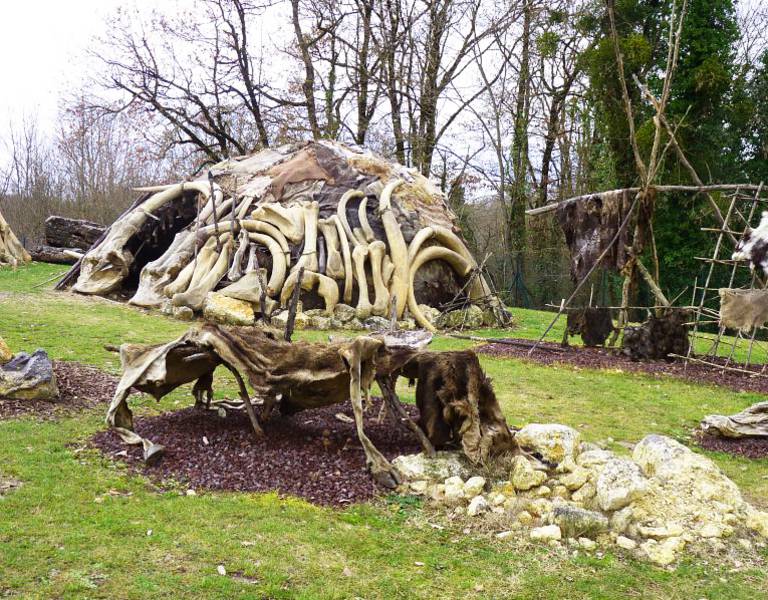 Neanderthal man sharpened flint to light fires. 15 km from Saintes, in a 10-hectare park, the Paléosite is a fascinating journey back in time to the prehistoric period. The site was created with the help of internationally renowned scientists and the world’s leading experts about the history of Neanderthal man. Follow in the footsteps of this man who is considered to be our ancestor, with a graphic presentation, exhibitions and fun activities. Just a 2-minute walk from the Paléosite, a Neanderthal skeleton named Pierrette was discovered a few years ago. In summer, you can take a guided tour of La Roche, the archaeological site in Pierrot where excavation continues. 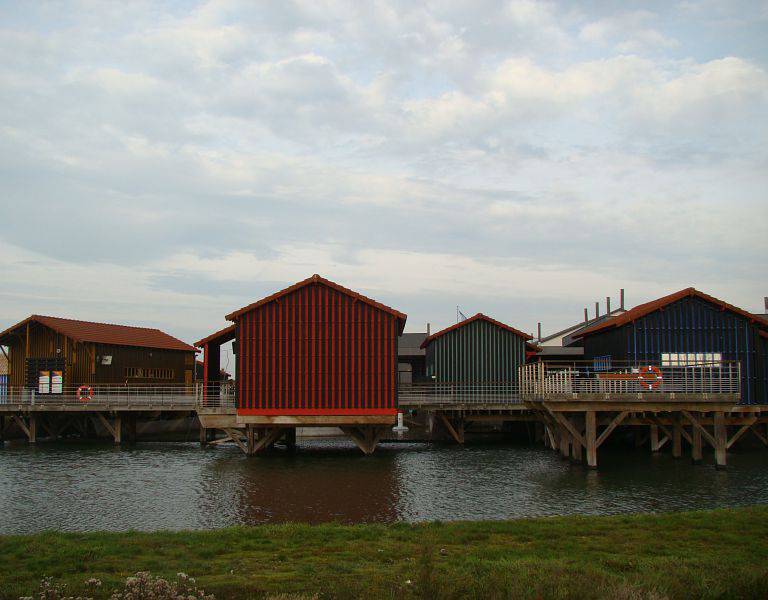 City of the oyster

Learn all about the activity of the oyster farmers in Marennes, between the marshes and the oyster farm cabins. The site was created so the general public can meet professionals. Visitors are welcome to ask questions about the life and habits of this delicious vitamin-rich shellfish which is the pride and joy of the Charente-Maritime area. Visit the cabin where oysters ‘de claire’ are matured, watch culinary demonstrations, and participate in fun educational activities with your family. And oyster sellers will teach you how to open oysters, which might be handy to know. 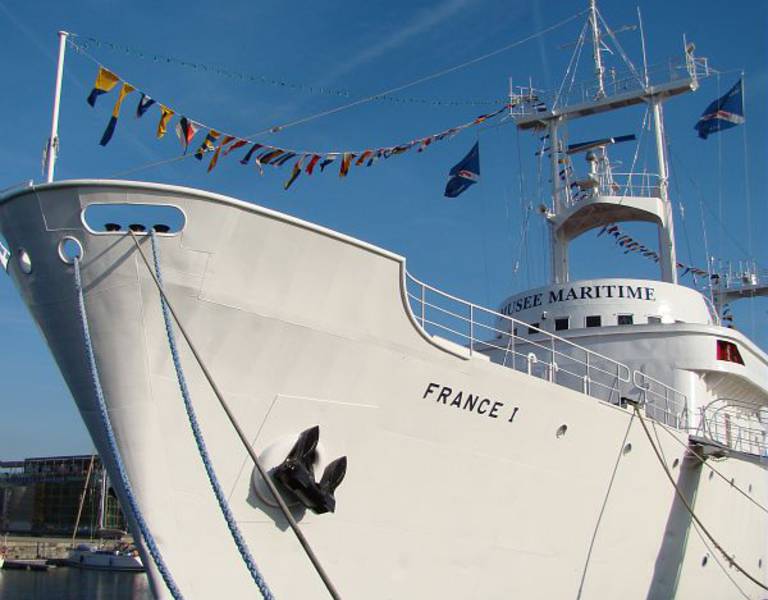 The only one of its kind in France, the fleet in the Bassin des Chalutiers dock, just a short walk from the old port, is open to visitors. With support from the city, the Musée Maritime de la Rochelle has collected and restored, and now maintains, a fleet of eight historical ships. We guarantee you’ll be amazed. The France 1, a weather frigate The Angoumois, a fishing trawler The Saint Gilles, an open-sea tugboat Joshua, Bernard Moitessier’s legendary ketch The command life boat and other life boats Manuel Joël - the last testimony to fishing trawlers A steam dredger Some of the boats are open to visitors. Exhibitions and activities are organised for children. There is even a restaurant on the deck of the France 1 frigate. 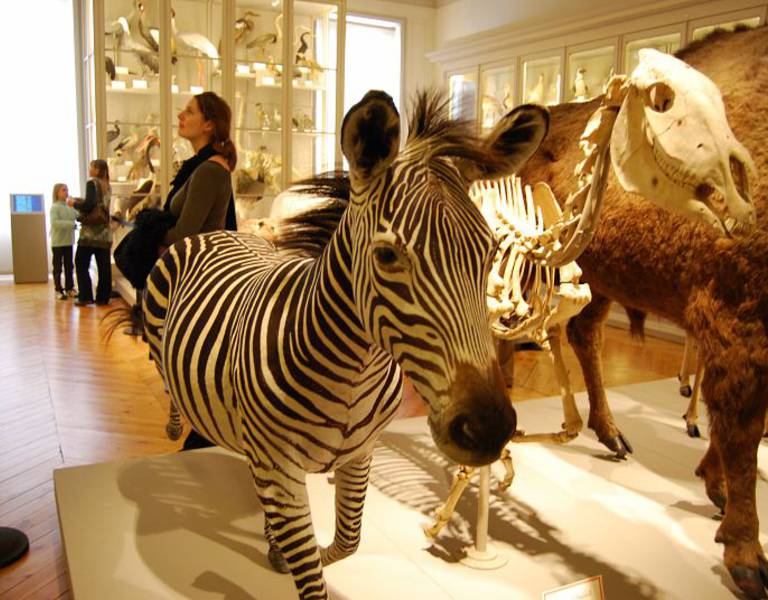 Naturalist and ethnographic collections featuring nearly 10,000 items are exposed in 2,000m2 at La Rochelle Natural History Museum. A venue for conservation, presentation and learning, the museum has Musée de France accreditation Curious minds will be in their element. The exhibition includes interactive graphic presentations. Plan to spend about two hours discovering the collections of stuffed animals and birds, walls of butterflies and insects, African archaeology, Oceanian ethnology, fossils, and curiosity cabinets. The scientific library is a treasure trove for researchers. The magnificent building lies in the botanical garden, planted in the heart of La Rochelle almost two centuries ago. 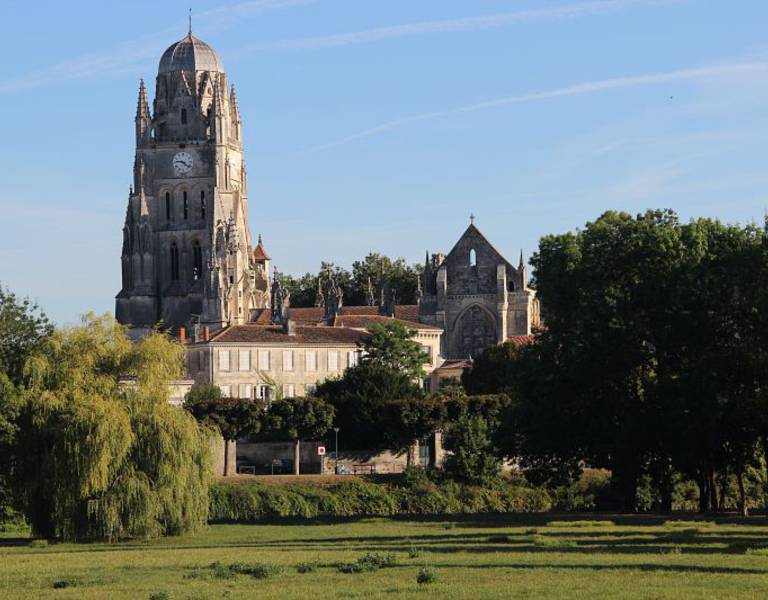 The Abbaye aux Dames in Saintes is a stunning example of Roman architecture. Built in the 12th century, it is impressive in size. After significant restoration, a cultural centre was created there. The abbey is an important musical venue. The classical music Festival de Saintes is held there every summer. In bygone days, the abbey was home to between 60 and 80 nuns. Today, their cells have been transformed into hotel bedrooms, where you can stay for one or more nights. 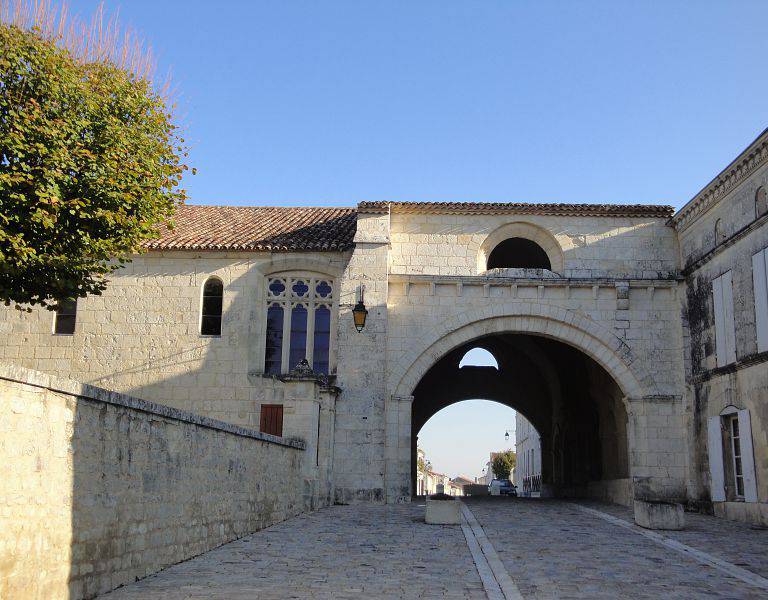 The Hôpital des Pèlerins is a former home for pilgrims situated in the medieval city of Pons. Built in the 12th century, pilgrims stopped over on their journey to Saint-Jacques de Compostelle. You can still see graffiti on the vaulted porch, and there are many statues on the portals. The needy and sick also came here for help, sometimes abandoning their children at the entrance under the porch. Listed as World Heritage by UNESCO as part of the Way of Saint James, it is one of the oldest preserved hospital buildings in Europe. Visit the building and vestiges of the priory church to learn more about the history of the pilgrims and bygone hospitality. The site also hosts cultural events. The medicinal garden was the hospital’s pharmacy. Today there are 130 species planted there. A delight for herb lovers: used for preparing remedies, herbal teas and ointments, and for seasoning homemade dishes. La bâtisse et les vestiges de l’église prieurale se visitent pour découvrir l’histoire du pèlerinage et de l’hospitalité d’autrefois. Le cadre se fête aussi à des manifestations culturelles. Le jardin médicinal était jadis la pharmacie de l’hôpital. Aujourd’hui 130 espèces y sont plantées. De quoi plaire aux amateurs d’aromatiques, pour préparer remèdes, tisanes et onguents, et pour relever les petits plats cuisinés maison. 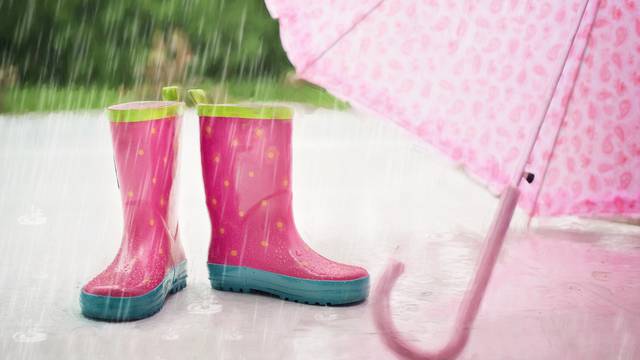 Things to do in Charente-Maritime when it’s raining 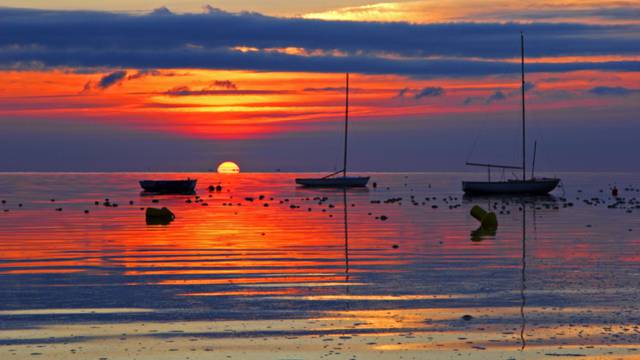