Examples : Hotels, Events, Activities
Home / Discover / Places of interest / The Bell Tower of Saint-Martin-de-Ré
-A +A

The Bell Tower of Saint-Martin-de-Ré

The bell tower offers an exceptional panoramic view of the city

A 14th-century church looks down from the heights of Saint-Martin-de-Ré.

Destroyed during the religious wars of the 16th century, and again in the 17th century during the battles against the English, this church was rebuilt several times before its current incarnation, which dates from the 18th century and preserves only a few of the original elements. With its 117 steps, the Belltower offers stunning views over the fortified town and the whole of the Ile de Ré.

The view is particularly spectacular at night. From the top of Saint-Martin-de-Ré, the rich history of the Cité Vauban comes to life, creating a magical universe where statues and gargoyles seem to chatter to one another.

The monumental clock, the bells in action and the view are a delight for any visitor. 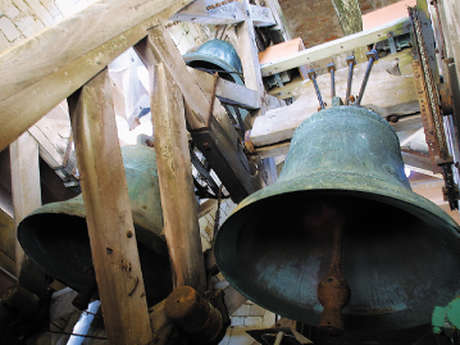